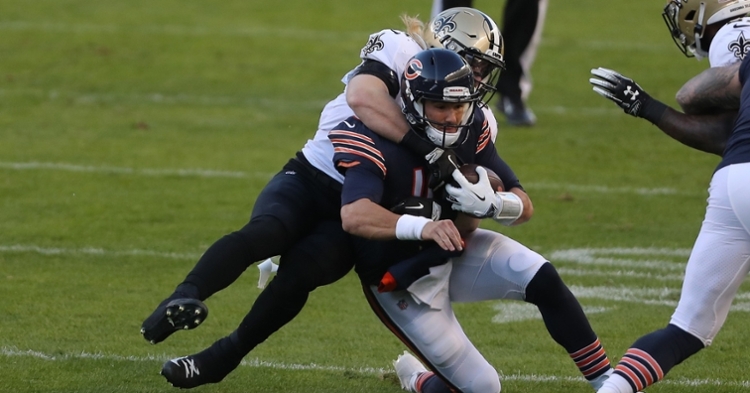 Nothing is going right offensively for the Bears in 2020.

Bear head coach Matt Nagy announced during his media interview on Wednesday that backup quarterback Mitchell Trubisky injured his throwing shoulder on his three yard run in his lone snap in the loss against the Saints on Sunday.

“It’s unfortunate, and I know that he’s bummed out,” Nagy said. “He kind of landed on it weird.”

It was Trubisky's first game action since game three against the Falcons.

“At first, he didn’t really even know,” he said. “It was something that was lingering and hurting as the night went on.”

Third-string Tyler Bray will now take on the backup role for the Bears until Trubisky is fully healthy. No word yet on how long Trubisky will be sidelined with the right shoulder issue.