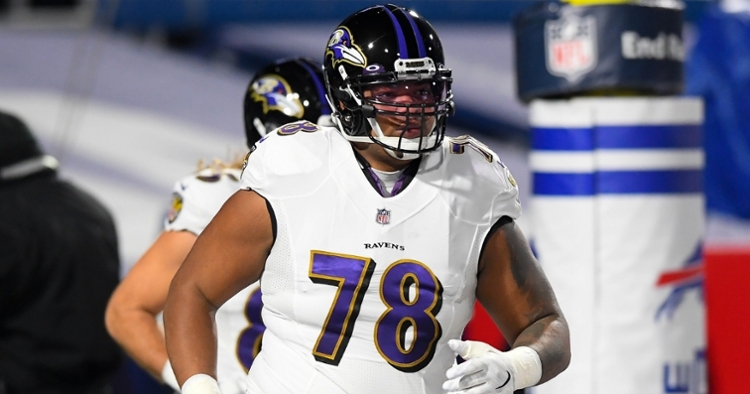 A lot of talk surrounding the Bears has hovered around the quarterback position, and rightfully so. Chicago was hampered by inconsistent quarterback play across the last few seasons, and they will be going in a new direction next year. The question is what direction they will be taking.

Do they trust Nick Foles to hold down the fort? Will they go out and trade or sign a QB in free agency? Or do they draft one in April with hopes of benching him for his rookie season to be better suited to succeed? Those are all questions the Bears will have to answer in the coming weeks.

However, there is also a big need for this team right now which surrounds the offensive tackle position. Say what you want about the quarterback play last season and the lack of consistency. A big reason for that was the inconsistent play of the offensive line. A quarterback can only do so much if his protection is breaking down. Baltimore Pro Bowl offensive lineman Orlando Brown is now seeking a trade, and the Bears should get in line.

Brown is a stud and despite the Bears need for a quarterback, getting an offensive tackle may be even more important than that. Brown filled in at the left tackle position and played exceptionally well to the point he only wants to play left tackle now. Brown has made it public his desire to play left tackle and will only play for a team that lets him do that.

As perfect as a fit Chicago is for Brown, Baltimore would want a haul in return, which could push the price tag way out of Chicago's reach. Not only do the issues on the Bears line continue, but the long-term future of both tackle positions are what this team needs to address. Adding a guy like Brown would not only solidify that right now but would give the Bears stability for years to come at one of those tackle positions.

Finding a franchise quarterback still appears to be priority No.1 for this team but solidifying the offensive line should be Priority 1A. Should Chicago not swing a trade for Carson Wentz or another big name QB, look for them to shift their focus to the offensive line and potentially a guy like Brown.

Not only is Brown a Pro-Bowler, but a two-time Pro Bowler who is just 24 years old. He has played 48 games in three seasons and has yet to miss a game in his short NFL career. After entering the league as a right tackle, Brown moved to left tackle after Ronnie Stanley was put on IR to finish off the year. Once that move was made, Brown may have played his best football as a pro, which is why he feels he deserves to stay at left tackle long term.

Having a versatile offensive lineman like Brown is a massive plus for any organization, but if Brown strictly wants to play left tackle, you can see why he is looking to force himself out of Baltimore for a new opportunity. Brown is the perfect fit for the Bears, especially when you consider entering the final deal of his rookie contract. That means he wouldn't be on the hook for a huge hit this year.

Once that rookie deal is over, things could get tricky for Chicago should they make a run at him. Going back to Stanley for a minute and looking at his contract, his recent extension with Baltimore came out to just under 100 million in total value. That deal includes 71 million in guarantees, with 66 million in fully guaranteed money. Lane Johnson of Philadelphia signed a 72-million-dollar extension the season before, so you would think Brown would land somewhere in that range.

The Bears are in salary cap hell right now, and any significant extensions beyond this season will be challenging to get done. However, Brown being on a rookie deal for at least this season would make sense for Chicago to get him for much cheaper now than he will be. I think the haul Baltimore is looking to get back may be too steep for Chicago, but Brown certainly is a player that fits a position of need for this team.